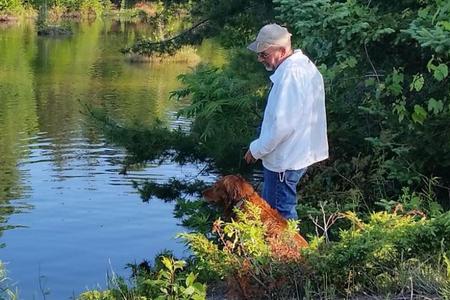 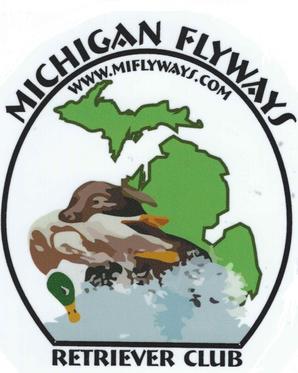 The First “unofficial” meeting of the Michigan Flyways Retriever Club (MFWRC) was held in November of 2006 in the living room of a founding member.  The vision was to form a club that could fill a number of voids in the Michigan “retriever” community.  At this time, Michigan had only three AKC clubs that were actively holding Hunt Tests – Fort Detroit Golden Retriever Club, Marshbanks Golden Retriever Club and Wolverine Field Trial Club, for a grand total of three Hunt Tests per year.  For working people traveling to Ohio, Indiana, and Illinois (among other locations) to try to title their retriever(s) (especially a Master pass) was an overwhelming task.

The first formal meeting of MFWRC was held in February 2007.  The first Sanctioned AKC Hunt Test was in May of 2009 on Darrin Morman’s property in Freeland Michigan.  MFWRC’s first official Licensed AKC Hunt Test was held at Omega Farms (now known as Jorgensen Farms) in Williamston Michigan in September of that same year.   Since this time,  MFWRC has purchased and furnished an equipment trailer, continues to grow membership, holds seminars from pro trainers, sponsors presentations from veterinarians and holds training sessions.

In 2016 a special committee worked with Aaron Jorgensen of Jorgensen Farms to make major improvements to the training grounds and water. Jorgensen Farms is now one of the premier training and hunt test grounds in the state of Michigan.   We are very grateful and thankful to the Jorgensen family for allowing us to use and enjoy this gorgeous property.

MFWRC continues to strive to create and achieve new goals and events each year; offering something of interest to the retriever enthusiast community of Michigan.   Michigan Flyways Retriever Club is a member of the Master National Retriever Club & Master Amateur Retriever Club. We welcome new members and invite you to join us at our upcoming events.  Come learn more about this rewarding sport! 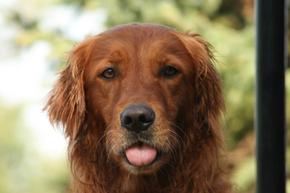